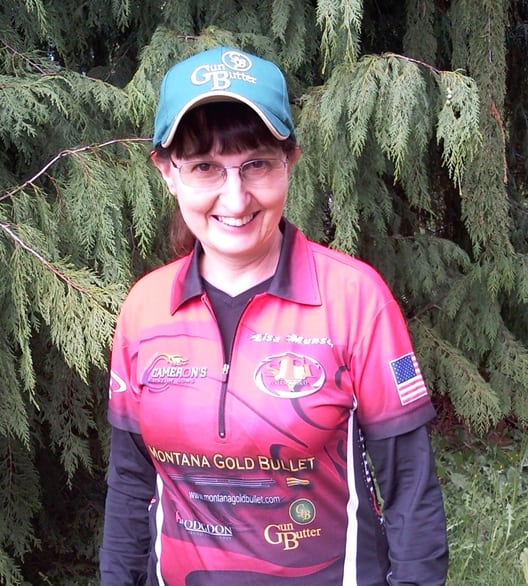 In 2003, I was asked to try a new gun lubricant by the guys we now know make that wonderful Gun Butter. I could hardly believe how smooth my slide moved, seeming to reduce the distraction of the gun functioning, it felt like butter.

My gun worked and felt so good I didn´t clean it for several USPSA matches and local shoot nights. It was still functioning as the day the guy’s lubed it for me. It did not get the buildup of carbon fouling and residue build up that normally would have caused a malfunction long before now. I was impressed.

Thank heaven, I ran into the guys at a local shoot and they saw my gun and asked, “What’s going on with your gun?” I replied I hadn’t cleaned it because I didn’t want my gun to change the way it was working. They laughed and gave me a prototype bottle of my own. The rest is history; I’m sticking with Gun Butter.

I was able to use it to win the 2003 USPSA Nationals in Bend, Oregon.

You will have to try it to believe it. You’ll be glad you did.

I learned the hard way at the area 6 3 gun how important the right kind of lube can be on the first rifle stage I had a monstrous 10 sec jam with a round stuck in the chamber I had to beat the rifle on the table top which ended up pulling the bullet out of the case and mixing un-burnt powder in the chamber of the rifle only to cause another jam on the next rifle stage where I ended up DNFing the last target to top it off my Bennelli also jammed for about 6 seconds due to over-lubing the bolt with too thick of lube. God helped me survive this weekend with a miraculous match win but I was really thankful for being turned on to Gun Butter through my friend Paul at MSTN . In the past 5 years since I started using gun butter I haven’t had any equipment malfunctions not only at all the major 3 gun matches but the monthly ones locally also; this lube combined with my bolts and carriers and internals make for extremely easy cleaning and maintenance. If you are in search of the best weapons lubricant on earth your search is over with gun butter.

I get all kinds of new products sent to me constantly. One out of five hundred products will perform or do as claimed by the manufacturer. Gun Butter is the rare product exception; it far exceeds the quality and performance you expressed. Gun Butter is one of those products that exceed the claims made by its maker.

Since 2003, our personal experience has shown that Gun Butter allows our guns to function better and longer with confidence. Now jams and or malfunctions can no longer be attributed to lubrication. With Gunbutter, cleaning is now quicker and easier – no more solvent. Just brush and or towel wipe clean then re-apply Gun Butter and assemble. You will feel the difference the first time you rack the slide, it is sweet.

When I compete against the best in the world I need the best equipment in the world. So to keep my investment protected and running the best I use Gun Butter!

In seven short years, Jessie Abbate has gone from a beginning shooter to top ranked professional, earning 8 National and 8 World Champion shooting titles, as well as other regional champion titles, in four different shooting disciplines.  In the summer of 2006, she joined Team Glock and became a representative to the shooting industry.  Jessie trains with her husband Billy, a former professional shooter and one of the first competitors in the nation to earn the Grand Master classification.

I have been using Gun Butter on both my race guns for about 18 months now! I see no visible wear on my new gun at all! What an amazing product!!!!!!!!!!!!! No bull shit it works extremely well. I shot at the Crazy Croc Sat (over 500 rounds) flawlessly. I shot one of the new classifiers and missed a 100% and Grand Master by hitting a Delta. It won’t take long now.

Your Gun Butter gives me an exceptional sense of confidence in my guns functional performance. It seems almost any lube can work in normal conditions, but when match conditions become severe Gun Butter out shines them all. Between last winter in the freezing and rainy weather to the dust bowls experienced during the hot summer competition season, I am grateful to have Gun Butter.

Drew won the 2003 USPSA Area I Open Division, beating all the Master and Grand Master Class competitors in attendance. Drew was an “A” Class competitor who was using our Gun Butter Prototype. The championship experienced extreme conditions, it was snowing and blowing one day, latter raining, and subsequent days experienced swirling blowing dust clouds. Drew attributes part of his ability to perform consistently and win to his confidence in his gun using Gun Butter. Drew had a trouble free shoot for his gun in these extreme conditions, allowed by the performance lubrication provided by Gun Butter. 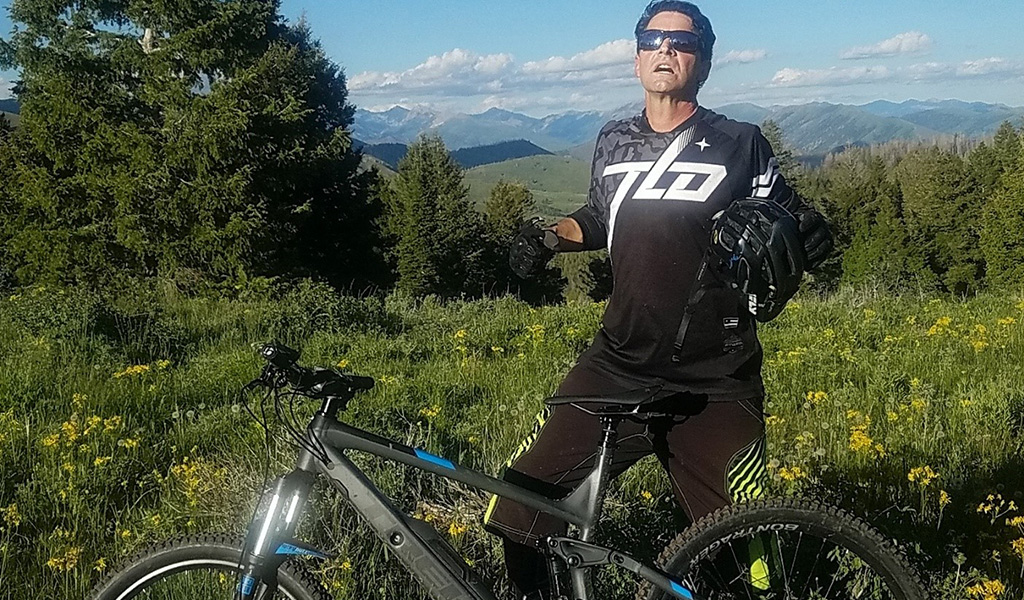 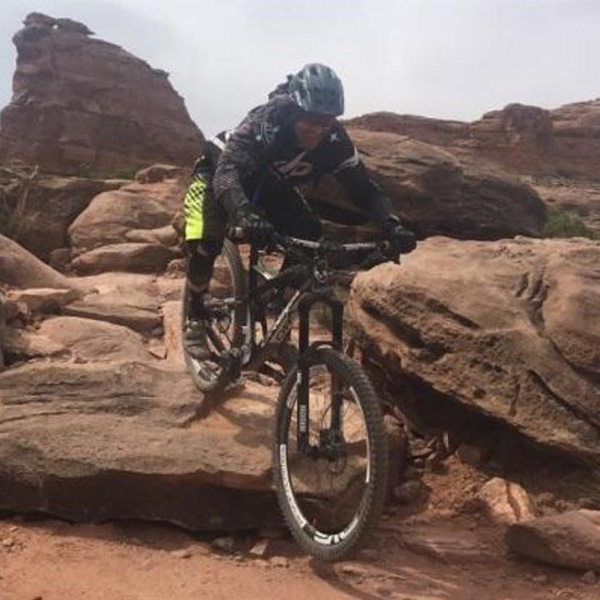 Bike Butter is scientifically formulated to keep machine guns from jamming in the sandy dessert conditions of Iraq and Afghanistan. Bike Butter is the best chain and bearing lubricant I have ever found for Bicycles. No friction, unsurpassed smoothness and superior adhesion.

Usually this 23 mile mountain bike course at Galena near Sun Valley leaves my chain squeaking after a few stream crossings...and that combined with the very fine volcanic dust wreaks havoc......but not this time. My chain was still good to go after the finish. My hubs were faster also! After preparing the hubs on my Mavic Crossmax with BikeButter I estimate I covered the course 1.7 mph faster than my training times! It is best to prepare the hubs by removing the seal with an awl or dental tool. Use an alcohol sprayer or carburetor cleaner to dissolve the old grease ...then blowout the bearings and races with compressed air. Apply a healthy dose of BikeButter to the shiny clean bearings and races until a red coating is present. Adjust so they are not too loose, but not too tight.......then ride faster! Expect an average increase of 1.5 mph on mountain bike terrain with lots of climbing and 3mph on road bikes flatter smooth surfaces! It is simply amazing!

I’ve been around shooting since I was a kid. My family had a decent amount of property when I was growing up and I started shooting .22 caliber rifles and shotguns in the back yard just for fun. When I was young, I remember going to the grocery store with my mom and looking at the gun magazines while she shopped. I remember seeing an article on competition shooting in one of the magazines and noticed this crazy looking pistol with a huge magazine hanging off the bottom and a scope looking thing on top. I didn’t do much with pistols until I turned 21 and started buying and trading different pistols just to try them out. In my 20’s I would usually go to an indoor range once a week and lane shoot about 100 rounds or so just working on accuracy with whatever pistol I owned at the time. I still didn’t know much about competitive shooting at that point but I always had a lingering interest and wanted to learn more.
In my early 30’s I started learning more about shooting sports and became more interested in competition. A local indoor range started hosting IDPA style matches so I thought I’d go shoot one and see what it was about. I enjoyed the IDPA style matches and they were a great introduction to competitive pistol shooting for me but I wasn’t really comfortable with all of the rules on reloading behind cover and engaging the targets in a certain order. That same range also started hosting a USPSA style match once a month that I attended and that’s when I became hooked. The USPSA guys had all the flashy guns that I’d seen in the magazines as a kid and I knew I wanted to be a part of this.

I started shooting in Production division with a DA/SA gun I was using at the IDPA matches but the image of that crazy space gun with a scope I saw as a kid always stuck in my mind. Shortly after I started shooting USPSA, Carry Optics was introduced and I decided to try out the red dot on a pistol. I made A-Class in Carry Optics after shooting that division for about a year with a couple decent finishes at major matches. While I was finishing up the season in Carry Optics I began learning how to build Open division 2011’s. With my background in machining and computer programming I felt pretty confident I could end up with a functional gun to shoot.

I finished up testing on my first Open gun and began shooting in Open division at the beginning of the 2018 season. Once my gun was running well I was able to start focusing on practice and training for USPSA competition. I made a regular practice routine of 1 hour dry fire practice in the morning 5-6 days a weeks, 2-3 days of afternoon dry fire practice incorporating movement, live fire practice every Friday afternoon, and a match on Saturday or Sunday each week. Following this routine I made Master Class at 92% in Open division by the end of 2018 and finished the year at the Florida Invitational with 2nd Master and 5th overall.

I live in South Carolina and shoot in Area 6 where there is never really an off-season. It does get cold here but we’re not forced into hibernation due to feet of snow everywhere. It was during one of the 30 degree winter matches when I started having trouble with the gun lubricant I was using at the time becoming too thick and starting to cause malfunctions. A good friend of mine; Bill Baker, introduced me to Gun Butter that he’d been using for a while and said it kept his guns running no matter the temperature. I started using Gun Butter that week have not used anything else since. It took care of the gun malfunctions I was experiencing due to the cold weather and it stays in place on my gun even during the 100 degree days we experience here in the summer. I’ve used Gun Butter in a couple 1000 round training classes and my gun kept running without issue. Many of the ranges here in the southeast have very sandy surfaces in the bays and dust and sand get into everything. Gun Butter keeps my guns running even when things start getting dirty and it’s easy to clean off when it’s time to strip the gun down.

I was offered an Open division slot for 2019 USPSA HiCap Nationals so I’m spending the rest of the year leading up the event practicing and getting ready for Utah. I’m confident that Gun Butter will help me achieve my goals by keeping my guns running smoothly so I don’t have to worry about my gear and I can just focus on training.